This wiki's pretty dang empty! There's mainly just some one word to one line userpages that don't help much. I helped add to the main page, but we'll need more than that... H is for the H in Shadow Scythe 22:56, 29 August 2007 (MDT)

I'm not even certain what this wiki is for? Wiki User fanstuff? Meta information on the fanstuff wiki, like the wiki forum wiki was? Both? Shwoo 19:29, 3 September 2007 (MDT)

I'm not joining this until it gets prettier. SPOOF IT UP! Wait... I'll use my monobook. Sephiroth

Let me get this straight,

Wait, we can put ANYTHING we want on here? (This post was a production of SHADOWTROID)

Wuw/wuw/index.php needs to be blanked and protected to prevent the spambot from striking again. --ÆAUSSIEevilÆTC/☺ 11:00, 29 February 2008 (MST)

Oh, I see what you mean. It says you can only edit your own userpage. As in, you can't edit other people's.

No. You CAN'T create new stuff. We have a special system in place where only the BEST users get to create fanstuff. You can join in, though, and maybe one day you, too, could create fanstuff. Alas, for you now, it is a bannable offense.
Seriously, people who would believe that don't DESERVE to make fanstuff.-Chwoka 11:55, 31 March 2008 (MDT)

Yeah, that statement kind of goes against every foundation of the wiki concept ever. DonZabu 17:41, 31 March 2008 (MDT)

You guys suck. One new user makes ONE TINY misconception, and you yell at him saying that THE EXACT SAME THING YOU'RE YELLING AT HIM ABOUT will happen. What is wrong with you? {grumbling} Freaking hypocrites... Im a bell 11:55, 20 April 2008 (MDT)

Good Way To Put Music On A Page

Go to Youtube and look up the song. Brawl songs are easy to find.

Basically, think of something that only you think you could think of, write it in the password bit and see if it works. =D -

So, you had to shut down the forum? I was expecting that.

Um, I'm trying to upload an image, but the server won't let me. It just has this message;

The file is corrupt or has an incorrect extension. Please check the file and upload again.

That happens to me, too.Try making a new copy of it.--Userunknown!

Does it just say The file is corrupt or has an incorrect extension. Please check the file and upload again. or does it say anything else?--Userunknown!

Also, are you sure communisum is allowed to be metioned on the wiki?--Userunknown!

I can't upload stuff, too!Mayby there's something wrong with the upload system.--Userunknown!

It seems to only do that for pngs.

Yeah.Try jpg.It worked for me but I had to save the picture all over again in paint.--Userunknown!

Uh, jpg ruins the look. It's only for photos and stuff.

What are you talking about? JPG still works.

Alright, I'm going to go update MediaWiki in order to fix some of the problems going around, so be prepared for some downtime. - Super Sam 19:57, 3 May 2008 (MDT)

Should we have a Fanstuff of the (insert time here, like Week, Two Weeks, or Month)? Because the wiki has gotten off the ground floor, and is starting to buzz with activity, as 2nd Generation Users migrate over. It's just a suggestion. TheStick 17:12, 3 May 2008 (MDT)

We'll call it Fanstuff of the Fortnight. Which design do you like best? 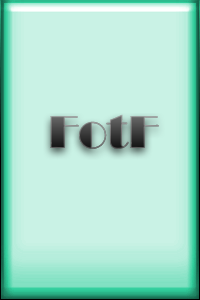 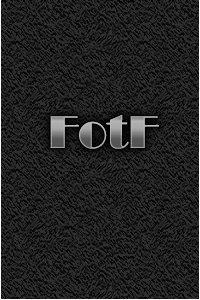 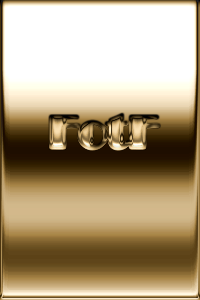 The Gold Icons Represent what kind of fanstuff it is. The NES is for Videogames, the Paper for Text Fanstuff, and the Star for Misc. The blank ones, are so you can make one.

The hollywood star suggestion is horribly-executed. Plus, even with great execution, I gotta go for DonZabu's first suggestion. Although, can we get it in some different colors? By the way, this isn't going to be official, right? Because none of you have the power to do that.-Chwoka 15:25, 11 May 2008 (UTC)

Any trophy should have the words "Fanstuff of the Fortnight" on it in full. It looks less dumb that way. Any of these example trophies should have example fanstuffs on them as well. Feel free to go make this an official thing, as it's pretty much the users who are running this wiki. Just do it responsibly. - Super Sam 12:00, 12 May 2008 (UTC)

Here's a little funfact. The Original star belonged to Micheal Jackson. >:D Sephiroth 18:38, 12 May 2008 (UTC)
Second FoTF design would be my choice. In fact, why not just hold the awards, and let the people pick what design they want if they win?

No. Fanstuff of the 'Fortnight. That's 2 weeks. I also still hold my vote for the second design. 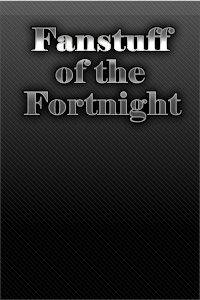 Here's a new design. The blank space is for badges denoting what type of Fanstuff it is, like the ones below. 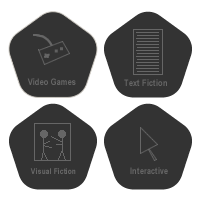 They shouldn't have badges. They should just have the name of the fanstuff.

Nah, too many images to upload. Plus, the names are often much longer than the image space would allow.

Regardless, I don't think it would look right in any circumstance. Let's hear someone else's opinion on the badge idea.

I'm begining to think that we should set a deadline for the creation of FotF, just to finally put an end to all this bickering. May 31 perhaps.

Ok, we'll create the page by Tuesday, and begin voting on the 28th, ending on the 31st.

Uploading and signatures have been fixed. For any other problems, contact me on my talk page, as I get an email whenever somebody edits it. - Super Sam 06:48, 4 May 2008 (UTC)

Maybe because of your Monobook? SuperfieldCreditUnion

We really ought to protect the main page like how it's protected on the Knowledge Base and Fanstuff Wiki. SuperfieldCreditUnion

The main page is already semi-protected. That's good enough. Although, I agree we should do the same with this page, too.

Here it is.
Important people, please review it and offer suggestions for improvement.

Well, don't you think it's a little early? I mean, there's not a lot of fanstuff here, so it will either end up like Fanstuff of the Week(too many winners) or Fanstuff of the Month(not enough winners).

Perhaps you're right. I'll remove it from the awards page for now.

Fanstuff of the Fortnight: Now or Later?

I'm calling a vote on whether or not we should allow FotF to become active. The poll ends Monday, June 2.

I can see it's a pretty uninamous opinion. Forget the deadline, nominations are now officially open.

I'm trying to edit a page, specifically Artdown/Share. I was trying to edit the size of an image posted their. Whenever I try and edit it, or even press the preview button, I get the following error. 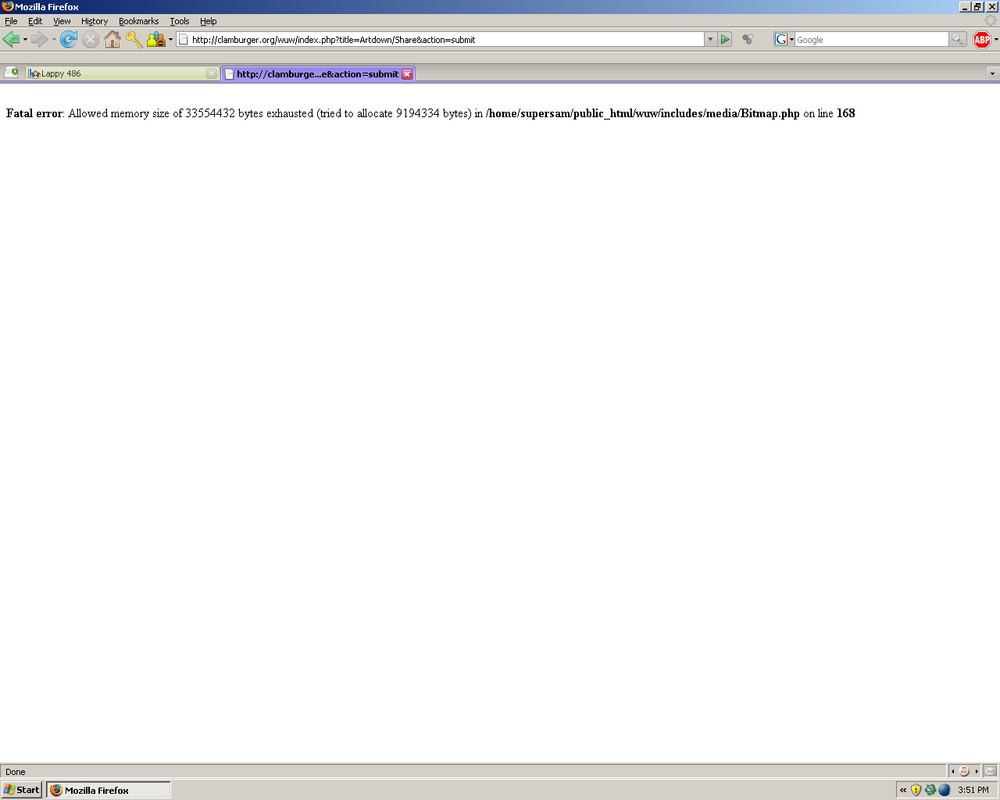 Did you really have to take it out completely?

It was already way too big, and I couldn't resize it without error.

We have another vandal. I presume he's from the Spriter's Resource Forums, I showed them some fan projects, and he looks like he got steamed. Blockage in need.

I am thinking about doing something with Wiki Users collecting Pokemon in a game. Has that already been done? Myself and I 22:28, 11 June 2008 (UTC)

A quick look around the wiki would tell you no. Go ahead and do it. SuperfieldCreditUnion

I did. So, what are we supposed to do after we choose our pokemon?

You didn't get a starter yet. Go to the lab and then go to the field to catch pokemon. Then you could try going to the Gym and challenge the leader. Myself and I 01:36, 12 June 2008 (UTC)

Oh, nevermind, they can.