Since I figure you probably know what you're doing more than most, you can use the checkuser feature in addition to regular moderation. Enjoy. (Use in "moderation"... get it?) - Super Sam 07:33, 25 January 2008 (MST)

The least you could do is replace it with "crap", which means the same thing but is somehow considered less offensive. — ChwokaTalk

Hey, Aussie Evil, on an unrelated note, can you make a information icon for the rulebreaker template?

We need icons on the edit page to press and insert a Flash, or a Youtube video, or something, right from the edit page instead of having to grab the code out of someone else's hands. Convenience for the sake of prosperity, amirite? Also: How often do the server status bars update? --

What do you think this is, Wikia?

I think he knows that, Raiku.

I CAN SEE CLEARLY NOW THE RAIN IS GONE

Do you suppose we should unblock them, because after being told the story on IRC, it seems like they were only doing their jobs. They didn't mean any harm, as they were trying help after Bluefox's outlash. Plus, if Ryan was unblocked even though he did all that, I really think Raiku and JCM should also be unblocked. I'm not forcing you or anything, but don't you think it was a little too much? Lex 22:37, 6 March 2009 (UTC)

Yeah, you are WAY too strict on us. We're all just children, and I feel as though there's some sort of "big brother-little brother" sense that isn't real. Plus, if you don't unblock JCM, who will you play WBS with?

That IP you blocked

You Won What If! 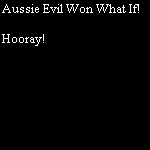 Please be aware I AM autistic/asperges (Meh, nearly same thing, contrary to what Raiku thinks) and I was pointing out to him that not all people who have autism are intelligent, and that he forgot to mention out sensory issues and social problems. FloppyDongHersh

i would like to note andy kauffman,lewis carrol ,isaac newton and einstien were all autistic FloppyDongHersh

Hey guys thousands of posts reminding everyone about autism and how great it is is certainly making TheCheese more accepting TheCheesegayNachoTalk 19:47, 3 April 2009 (UTC)

Hey there did you know famous figure x was autistic?!?!?!

How do you even diagnose dead people with mental problems — ChwokaTalk

It doesn't matter; as long as other people who have done greater things than I have have a similar condition then that excuses my own behavior -- NachoTalk 22:07, 3 April 2009 (UTC)

Since your QI has been halted...

I request that I can restart it, with myself as the host, as I now have a working knowledge of QI, via reading transcripts the the first season. belstrnnmmvnmn 23:59, 12 April 2009 (UTC)

"If you want to add anything, visit the talk page."

Oh, please, Massa! Besides, it's not a bad plot. Though I don't really think it's that big a deal.

But seriously Aussie, don't take your job so seriously. There's no need to constantly have your finger on the block tool. Lex 21:51, 17 April 2009 (UTC)

Easy Up, No Fun Bandit

IN CASE YOURE MAD I WAS KIDDING

aye that was supposed to be obvious sarcasm

Why so stupid, stupid?

"He probably found a virus in it"

I think you need some cheering up

I didn'r mean to dishearten you or anything...unless you're aware of your situation of becoming a "Responsible mod" version of Raiku. FloppyDongHersh

I thought it was pretty obvious with the whole "aussie evil creating a new account" thing but whatever -- NachoTalk 23:34, 18 June 2009 (UTC)

I did not create that account. Check the logs of the person who made that account and compare them to mine. No IPs will match. --ÆAUSSIEevilÆTC/☺ 23:52, 18 June 2009 (UTC)

Okay, I'll give you that, but you didn't bother to explain to them why it's unacceptable, nor did you even bother giving them a chance to edit. I think you might be jumping the gun a bit here. belstrnnmmvnmn 21:27, 7 August 2010 (UTC)

We are most certainly being civil and light-hearted. I demand you repeal the deletions on accounts that they aren't actually harming anyone(except maybe visually), and that none of this is to be taken too seriously, and subsequently, too far, and that you misjudged us and didn't give us a chance.

Honestly for somebody who isn't even a member of the community anymore I don't think you're in a position to judge what's "unbecoming of a moderator" or not when we have people abusing their power literally all the time in the history of this wiki. So please, stop pretending this is the Homestar Runner Wiki circa 2004 (always completely useless, even in 2004). And as an added bonus don't delete the only actual fanstuff activity on the wiki, it's like you're a miniature Dot com. But to you that's probably a good thing isn't it, it's not like he's a gigantic prick, is he? THENOID 17:11, 20 August 2010 (UTC)

They're right. Plus, those two pages were hardly attack pages. Even a child could tell that they were satirical. Lex 17:23, 20 August 2010 (UTC)

See? Even the guy we were light-heartedly poking fun at can see it's just all in good humor.

Please tell me you get to kill it near the end. That voice, so annoying....

THAT WAS SO HELPFUL

No. I really wanted all of those pages deleted. I try not to be sarcastic.

You need to stop being so serious. This is the Wiki User Wiki. No one is serious here. Either change, or an angry mob will chase you off. I'm serious. We aren't children, so stop treating us like one. Brerose 05:28, 26 December 2010 (UTC)

"You need to stop being so serious."
...
"No one is serious here."
...
"I'm serious."
If you can't make a decision, don't waste Aussie's precious talk space with your confusion.

That first sentence is actually an absolute lie. I don't know if you've seen what's on the WUW namespace.