HOMFROG. ...DO YOU REMEMBER ME I WAS COW PUNCHER. - Cow Puncher on his brother's account

inb4 several DO YOU REMEMBER ME'S
also do you remember me TheCheesegayNachoTalk 00:41, 6 February 2009 (UTC)

Nice too know you listened to my shout out on youtube. 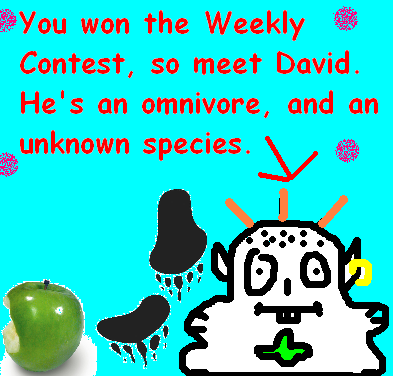 Nu, I have Portal, but I don't play it. I got it off iTunes. It's really hard to shoot the Portal with the iPod scrollwheel, ya know? --

LIKE A RECORD BABY RIGHT ROUND DOWNTOWN Nu, they don't spin. You use the scrollwheel to look around, the faster you scroll, the faster you turn horizontally. You shoot portals with the left and right buttons, and you move in the direction you're looking with the top button. It's actually a more simplified version. The thing is, I keep looking around when I want to shoot a portal, so it ends up somewhere else. --

I'm just joking, kiddo. No Portal on iPod. It would be awesome though. --

Come to think of it though, there may be a version coming out for the iPod Touch/iPhone. --

That one time, when I made you dinner, A napalm gernade dropped from my kitchen cabinet, and landed in your food, and you're about to burst out in flames right about...

Personally, I just used my master ball on it. Made Cresselia take forever, though. FloppyDongHersh

I got it with a single Quick Ball. Lucian Summers

Heh. Good strageties, guys. Does the Quick Ball apply to individual battles, or when you first battle it? --

You did apply for a job at Rightclick, right? I hope you know you're in the middle of an interview. -- Stan.

the awkward moment when...

It was a post on Equestria Daily about a fanfiction called Made in Neighpon or something. I don't know.
Also I was that guy who was in the original Biz Cas Fri on the HRFWiki. I'm not that sure if you could say I was your friend. -pmelondemon43y 04:26, 19 July 2011 (UTC)