That's fantastic. Thanks for sharing your feelings with us.

A Message to the wiki

we are the future

we are the new wuw

so everybody pair up so we can start repopulating

Repopulate? Are there even any women on this site?

Well, Lex did just get a sex change...

That doesn't mean he has a uterus.

back off bitches lex is my man -- Badstar

I am far too self-indulgent for this FloppyDongHersh

Can i be Richard Watterson? If so, this will be my face. 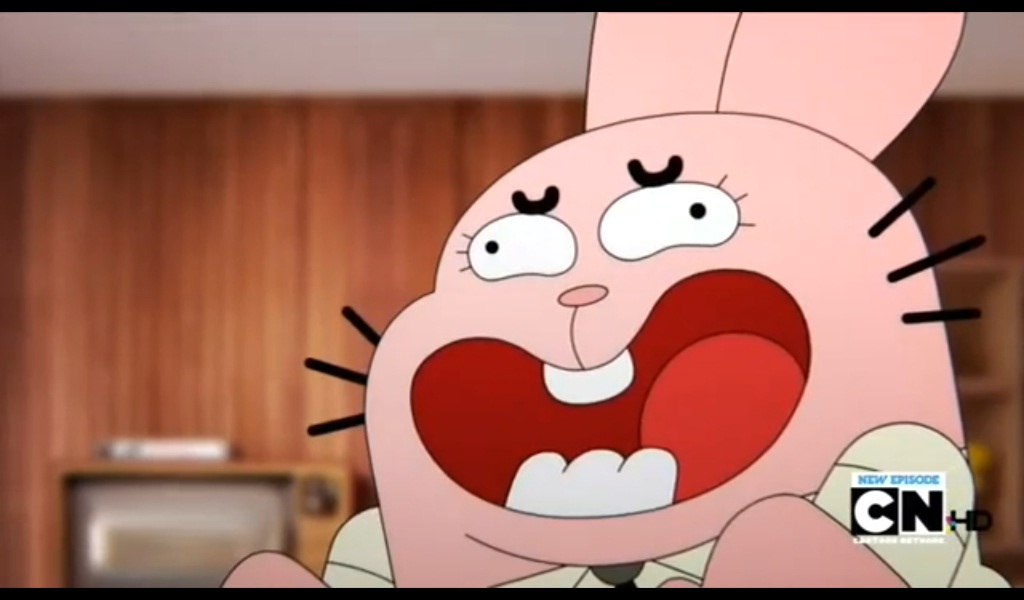 It doesn't help that homestarrunner itself is kind of dead. FloppyDongHersh

The creators never said anything. That's the suckiest thing about it.

I would never watch a HR movie. Never. If they actually make that shit, that's enough proof to tell that they've sold out.
Also no don't make another fanstuff wiki -pmelondemon43y 05:57, 14 August 2011 (UTC)

Even if they were making a movie, I seriously doubt it would be an HR one.

where exactly do we all hang out now

where do we go from here

You're quite the philosopher, I see.

hnngh Only the second one was philisophical. The first one was a serious question.

Six is plenty. We six, we will be the foundation of the new Wiki User Wiki. In time we will thrive, just like we did before The Great Purge, valiantly lead by your kind and merciful emperor. Lex 22:26, 21 August 2011 (UTC)

HNNGH THIS IS A DEAL WE CAN'T PASS UP

i may be late, but here's my reaction to this!

Or am I the only regular that isn't a Moderator at this point? Not that I'm complaining, I'm just saying.

NOOOOOOOOOOO!!!!!! Now, what should be my first abuse of power?

Some websites die. It is the internet, after all.

It doesn't help that the Fanstuff Wiki had been laid to waste, either. Ever since Dot Com did that, this site really hasn't been the same. Lex 17:53, 4 December 2011 (UTC)

We'll try and sway the opinions of people when Homestar Runner actually gets updated again on a more frequent schedule than once or twice a year. It would be easier if they didn't just put down the pencil and disappear like they did.

I will still miss Homestar Runner fanstuff wiki as well, and i remember doing robmails.exe, and I thought it was fun doing.TVB 00:32, 6 December 2011 (UTC)

In three words: people grew up. Come for the fanstuff, stay for the community

I don't think Super Sam was doing any kind of fanstuff in his later years, and I doubt that I'd be right now, either. The whole email thing is fun and all, but it can get old fast.

Addressing the state of the community

Now that times are returning to old and we're getting back to business by some miracle, perhaps we can work to at least bring a close-knit community back to this place. As far as I've seen, we haven't gotten any stupid people on here so we can probably manage, and some of us(I think all of us) have mod powers so we can finagle a few things.

I wanted to purge this place but it seemed dumb. I would love to work on new things now that I'm not a bumbling fucking idiot, and I assume some of you would too. I don't know where the other regulars that were trying to get back on once in a blue moon went but hopefully they all clock back.

So I guess this is the REAL fourth generation of the place. Whoda thunk?

I'll just say that I've been checking this site every day for a long time now, even when there has been no activity at all, and I would totally be down with any attempt to bring the community back. Lex 17:24, 13 April 2012 (UTC)

Same! I was just wondering how we could maybe pick this place up a little. I was going to invite people but I can't think of anybody that would really benefit from joining.

Oh wow, that's just like me as well! There were a few people who I considered, until I realized that they wouldn't really give much of a shit about this community, so I didn't bother. And if they did end up joining, I can't see them staying that long, anyhow. But I think it's highly likely that we're not the only ones who have been passively lurking for a while now, and I assume that since activity has started to pick up a bit, I'm pretty sure that they'll start coming out of their shells. Or this all could just be wishful thinking on my behalf. I don't really know. To the (presumable) chagrin of everyone else on this site, we could possibly start updating Wikihood again. Just a suggestion. Lex 19:48, 13 April 2012 (UTC)

I assume that when Noxigar finds his way back we'll get back on schedule...we can probably get away with scrapping the holiday episode, although I did quite like my idea of randomly changing sweaters. But besides getting back to Wikihood, we should hit the drawing board and clean some things up a little.

I saw Noxigar make a sneak appearance in the RC a few days ago. I assume he's still around. And yes, I think that would be the best idea, as that particular episode not only has impeded our progress by quite a bit, but it's now four months overdue. Lex 22:52, 13 April 2012 (UTC)

I figure that in addition, we should probably sweep through our fanstuffs, decide what's worth being remade and what isn't, and tackle a few remakes. I would hope everyone else should do the same.

If you're looking for help, I took the cast list and cut out the crap, you could maybe use it? I'll put it on the SAS talk page.

I'd love to continue SAS, but as someone OTHER than Ryan-X. That guy was a depressio. Lucian Summers

Yeah, I'm trying to make new characters instead of reusing the principle characters I have so that I can save them for the important things.

I have no strong feelings one way or the other

I don't think we need it, but I doubt half of the third gens are coming back this time.

Of course most of the choom/2nd gen stuff would survive because it is the quality.

no point, it's not like it actually matters. FloppyDongHersh

Not like we all don't have mod powers anyway. We can delete anything really. Lucian Summers

why hasnt super sam deleted the entire wiki yet

have you ever said anything ever before. -pmelondemon43y

The Ban on New Users

When exactly did this happen, and why?

Before you left, and because.

If you're reading this, you have officially gone off the deep end and are too Homestuck and must be destroyed.

I am so proud of you, sons.

I'll get to you ASAP, but I have a new idea for how handle interactive RPG combat, and I need someone to help me test it. It's very bandwidth-intensive, as it involves uploading images, but I figure since all of 4-8 people visit this website a month it won't be a huge problem if we use this place for it's intended purpose.

Get back to me - I don't mind doing it with 4 people(it'd be two groups of two in that case). Anybody interested?

I want to, but I'm busy with Diablo III, a Pokemon Text RPG storyline and brainstorming my run through the two fakemon regions therein, and possibly ForumStuck. Hopefully it doesn't turn into another abandoned character who I remake in Wikihood for the purposes of not letting good ideas go wholly to waste. Noxigar 07:55, 24 December 2012 (UTC)