Who is Micah? Captcha

Some 6 year old noob. Youngest person on the wiki. Wiki-famous for being a noob and the youngest. You draw AND use the same text font. Don't fake it, Micah.Liame 23:42, 5 August 2008 (UTC)

Why don't you want to talk about Micah? Lucian Summers

Let's talk about Micah. Mainly, are you him? If you tell us the truth (even if you are Micah) you don't get blocked. If you avoid this or delete it, I'll assume this is suspicious behavior and block you for security reasons.  yup  17:18, 8 August 2008 (UTC)

WEll, the "won't get blocked" thing is a lie, Seeing as how Ryan vowed to block him if he saw any new accounts made by him.

If only I had mod powers...

"Let's Don't Talk About Micah" seems to be a letdown on that.

You deleted this. I specifically told you if you deleted it you would be blocked. So you're blocked. You can come back in a week. If you make any sockpuppets I WILL ban them all infinitely, along with this account.  yup  22:35, 8 August 2008 (UTC)

I think this may be the second WUW Dispute ever. I've reverted the edits just in case, so, should the need of such a debate arise, we have facts to look over. Please don't revert this.

Did you not hear what Chaos said? Please don't revert this. Lucian Summers

Congratulations, You're the next big topic for a few days.

The IPs have been checked and they are different.

you come out of nowhere to edit a page

o\ /o is a familiar smilie...used by someone else... Lucian Summers

Can I be on your good users list? Brerose

So i can talk to you. Captcha

My bro did it! -Captcha

Hi there, ho there. As you know, me and my colleagues are running a fairly popular text-only ribbing of other writings. One of my associates, however, desires that we obtain permission to do what we do, if you know what we do, from the creator of these unsavory types of writing. We are looking to branch out, so to speak, into the fabulous world of link-based games, with yours to be the original. Do you accept?-Chwoka 01:00, 26 November 2008 (UTC)

You said you were Micah's brother once. WRONG.

Okay, Carmine, it seems as if you have expressed interest in Stinkoman Style; the old sprite comic I collaberated wtih Micah into. Well, as I have with Homestar Office I shall give you full responsibility over it. Good luck, private. FloppyDongHersh

So, how does Micah have knowledge and access to your account, Mr. "Let's Don't Talk About Micah"?

How did you know that?

Please refrain from creating such pointless pages in the future, thank you very much. Lex 19:14, 5 November 2009 (UTC)

just make me think you're the same person even more

also is this you i found it on google 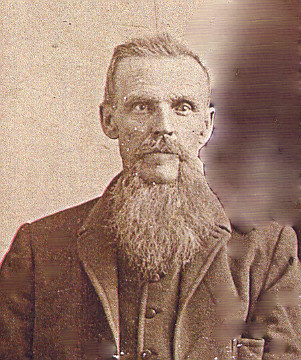 2:We knew you had some connection to Micah all along.

dude micah found it out because he knew my email password

which was his email too

thats when mom dleted it.

I highly doubt someone could make a mistake as big as logging in as the wrong person.

just a heads up

What do you expect from a 9 year old anyway?