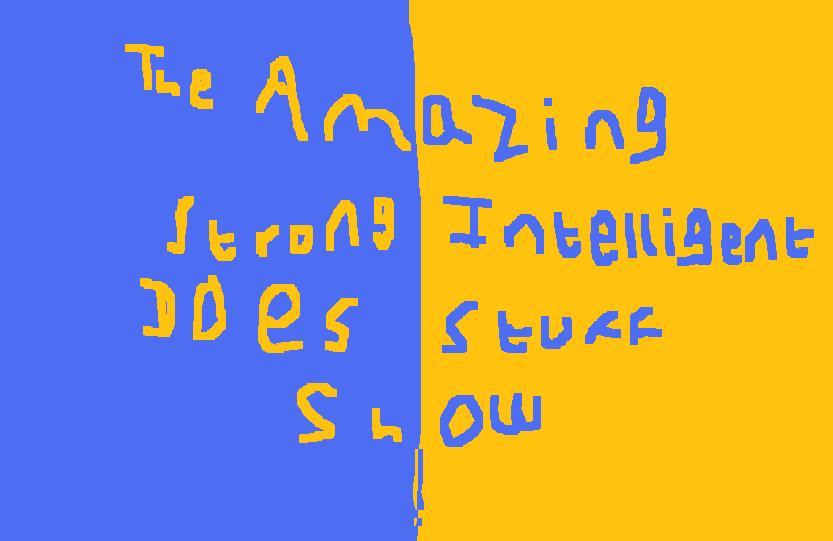 This guy is awesome. Eleven years of humour and being a Brit have hardened him, turning him

SHUT UUUUUUUUUUUUUUUUUP!
into this autistic pile of cool making people laughiness. His two favourite games are Left 4 dead and pass the parcel, his favoutie drink is fanta and his school is Grat secondary school for only people.

Nothing quite like milk after chocolate milk.
her pink and green streaks have made her adored by all. She has entered several Pokemon contests with herself, but is not a pokemon. Though SI knows it, Hiccup is smarter than him, cuter than him, has dated several male animals (and at one point, Oreo).

Oreo is Si's REAL pet, though Hiccup hates him for that, though he has a crush on her. SI 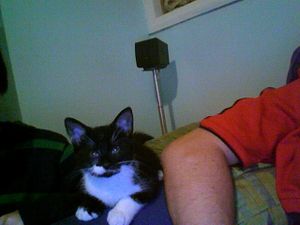 yeah, I'm big...I'm strong! I can do it!
adores this cat for being actually loyal, unlike his previous cats. He is the he turns demonic and can breathe fire for about seven minutes.

Real name: Tom John Toffee. He is Strong Intelligent's elder brother, and a expert on video games. He is scared of cockroaches and chocolate. He is Strong, witty and sarcastic. He listens to emo, so SI lables him as one, despite having more of a social life.

Created after Jontof spent to much time on Xbox live getting attached to his gamertag. Later, he lost a game of halo 3, and got driven inasne, thus believes he's real. Later, an accident in the lab caused everyones minds to mix, thus causing everyone to see and hear, a spider Lama.

Motherbot Is SI's mother and Father at the same time. It's a robot with powers create new people. It is really god, but 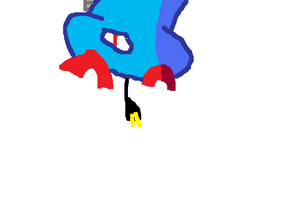 Affermative.
doesn't think so and nurtures the only two people it has seen creating. SI and Jontof have no idea who there real mother is, though they meet their father on day trips to the office.

"You play sixty-four?"
Greg is an American university student who plays alot of Nintendo Sixty-four games and is allergic to cats. This allergy has twice gotten the best of him, in both staying non-Almish and ruining his stand-up routine. It appears he is unpopular, as evidenced in episode fifteen.