Hello, Rad. You may look around and notice things. Suspicious things. Things the likes of which man has never seen before. But that's not what we're here to talk about. We're here to talk about conflict. This isn't a war, it's something else...it's a cold war. And buddy, you just stumbled into it with a precious few tools to help you get by - survive. There's intense segregation out there, pal, and you better believe trust you WILL get shunted to one side. It's unavoidable. Hey, at least we're all out of grenades...for now. Boy, this is war. You'd better get used to it, or you're going to die. — ChwokaTalk 16:18, 21 December 2008 (UTC)

Then stop edit conflicting him. FloppyDongHersh

To the first thing about the new user who isn't a sockpuppet, I have orange skin, thus my nickname, The Orangehead. See Strong Rad.

And don't leech offa my username. (if you are) FloppyDongHersh

Hi there. Currently, your email show is breaking the rules of format. For one thing, they are too short. They should be at least 20 lines, not counting the email itself. Also, format them like this:

{Person 1 slips on a banana peel.}

{Person 1 slips on a banana peel}

You should realy tryout for an email show, now that they've installed that feature.

I've invited Man-o-Man and Conchris for Trick-or-Treating next Halloween.

Why would we care? FloppyDongHersh

please stop making this like the fanstuff wiki. You are adding the categorys, the fanstuff types, etc. This is ALOT different. Brerose 05:16, 24 December 2008 (UTC)

At least I took care of the Running Gags and organized them.

You're not supposed to make different pages for the damn running gags, IDIOT. You make them subpages -pmelondemon43y 19:18, 26 December 2008 (UTC)

It's a category. The fact that it's to the right of the / or whatever would make them already subpages. I made a category for them. StrongRad (Talk • Contribs) (left unsigned)

Weren't you told NOT to bite the newbies?

I don't really think you know what that means. That wasn't biting, just something called {drum roll} telling you stuff that is very very important about this wiki. -pmelondemon43y 00:46, 27 December 2008 (UTC)

You'd rather I mess up the stuff here than organize it?

Hey, new messages. That also means you need to edit your opera.

You should add bomb next.

I've been looking at how you write transcripts, and for the most part, you get it, just one thing; when you want to write an action in a box, you need to italicize {the entire thing, like this.} That's it. Otherwise, you're doing fine.

You idiot, you still don't understand our sense of humor?

I want to make one. Can I include you?

Sure! Is it going to be a fake ROM hack of Homechat Gamer RPG?

Hey Strong Rad, how do you make a ROM hack of a fake game? FloppyDongHersh

Better ask him. And, you can shoten names. As you know, I'm SI, LemonDemon43 is Lemon and Skullbuggy is Skullb.
You'd miss me if I were gone, FloppyDongHersh

No, entirely my ideas! No way I'd hack unless you ask me to!

Actually, you have permission.

SI: It's a fake ROM hack of a fake game modeled off a real game, Strong Bad's Cool Game for Attractive People. Either that or Peasant's Quest. -pmelondemon43y 19:11, 27 December 2008 (UTC)

LD: It's based off of Peasant's Quest since it doesn't consist of 5 episodes. It's also based off of some sort of Final Fantasy because of the battle systems.

I just started my game!

Okay! It's sweet so far!

Can you make my gameplay pics? Show pic of Shadow and NPP Fight if you can. And you're a good friend.

Then you can make a pic of when you get the StrongRad toy.

You may suck, with a capital everything at transcripts, but you're good with images. Make me a Jontof. He's a human being who looks kinda like 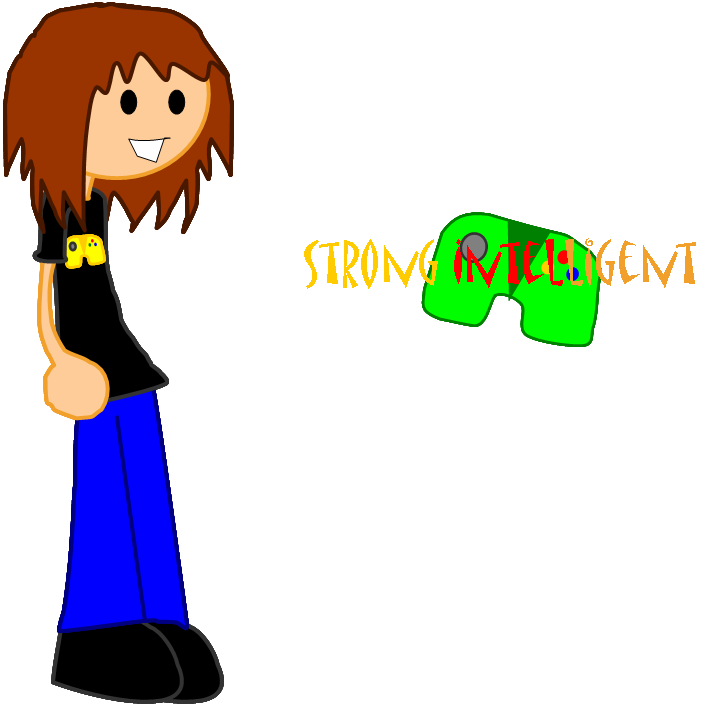 Okay, I'm not THAT good at images.

YES YOU ARE! {Puts a gun to SR's face} FloppyDongHersh

Okay, I'm good at images, but not so good that I can draw anything.

you just lost me respect :I FloppyDongHersh

Okay, I'm only good with the sprites. And can I include you in Strong Radventures?

make other games for other characters not made by you, don't make stories about them only, and remeber, this is NOT a knowledge base. We don't need all of those categorys. Brerose 03:13, 29 December 2008 (UTC)

Oh. Plus, I'm only making pages for running gags and games.

OK, the last time I checked, there wasn't a rule against making templates and categories. You were just telling him all that stuff about him being limited here so you could lure him to EWiki, weren't you? That's not how to attract visitors, and manipulating newbs like that is very disrespectful.

Strong Rad's Answering Machine is nominated for being reviewed by me!

Hi, StrongRad. I've noticed that you haven't been signing your talk page posts with your signature. This is required as per the Standards.

Asking to be a mod.

Asking in your signature and asking on your page won't make you one. It probably makes your chances thinner. Lex 19:27, 19 January 2009 (UTC)

dude please stop taking my templates, your taking credit for my work! -tdoyle.me

That's not a very good reason, as Super Sam probably wants to know what you've done here, your lengthy and good edits, and EWiki is the breeding ground of most things crap.

Which reminds me, don't you regret more than one thing? (i.e., deleting a template)

Please sign your posts. This is just one example but I have received complaints that you have been doing it multiple times lately.  yup  22:54, 30 January 2009 (UTC) 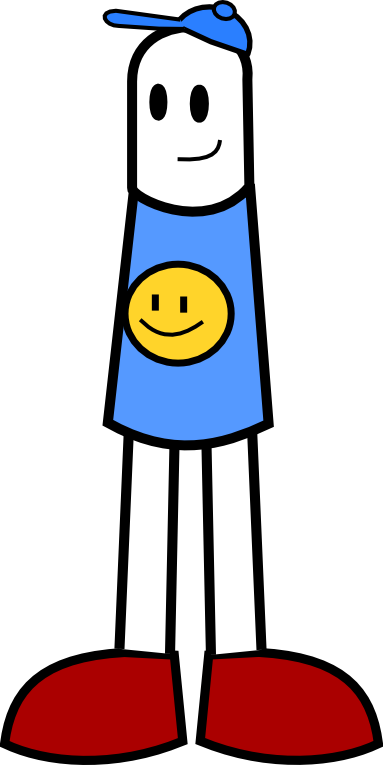 According to my picture, his body and shirt are both perfect cylinders. Other than that, it's pretty awesome. Although MY contests end when

Listen, Mr.Rad, you' have already been warned 3 times about this, and if you continue not to sign your posts, which is required, I'm going to have to give you a short block.

He did it in my user talk aswell i had to put unsigned and then he changed it -tdoyle.me

OK, you have been blocked for a day. Please remember to always sign your posts and show preview if you aren't sure.

STOP SIGNING UP FOR INTERACTIVES THAT HAVEN'T BEEN UPDATED IN MONTHS.

HELLO. HOW ARE YOU THIS MORN. Y/N. BUT FIRST, BUSINESS. WE ARE WANTING TO RIFF YOUR WORK nppsrtv BUT FIRST WE NEED TO OBTAIN PERMISSION.

>YOU MAY, EXCEPT FOR THE SECRET PAGES.

IT WAS JASON WASN'T IT OH GOD IT'S JASON

Plz Let's work on an episode together!

Or a game. That would be more um...not crazy. And there is more WPS to solve.

SOOOOOOOOOO we gonna do it?

Okay. Another idea is to animate one of the episodes. We could even put it on YouTube!

Okay, but 1: What's yoru SJ username? and 2: I'm logged in as MSPAFComics.

3: It stops responding whenever I try to apply for co-author...

I'd give you my password, but I don't think I can trust you with it... Do you promise to only apply for co-author and then log off?

Your my bud. I wouldn't betray you! Email me here: [email protected]

Well, I'm also kind of back... and Raiku's kind of inexplainably gone. Plus, I also have a Smackjeeves comic.

Low Self-Esteem Achievment? Or are you gonna rename yourself NPP is dead? Or neutral...BOOOOOOOOOOOOTH?

You're gonna revive him someday? And maybe kill him off again?

No. He will remain dead, and KP will take over.

She will date KP who will start a band called "Likin Pom".

SR, look what I made!

Hmmmm....Pretty good picture, could work on the hands a bit. Awww, my little NPP's growing up ;~; FloppyDongHersh

what the hell are you doing here