Rad Show Alert! is a comedy by Strong Rad that takes place after either Homechat Gamer RPG or Strong Rad Email. It involves Strong Rad and his friends (and the rest of the Wiki Users if they want to be in during the next season). 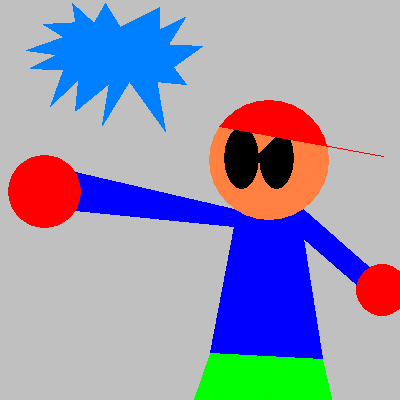 Strong Rad is a 25-year-old who lives at Free Island, U.S.A. He rarely gets scared or frowns.

The Exact Same is somewhat similar to The Cheat, except that it's blue. Yes, The is part of its name.

IMAGE MOST LIKELY NOT COMING SOON

Tuns works at a small business stand. He only appears in various first-season episodes.

IMAGE MOST LIKELY NOT COMING SOON

Strong Grad is Strong Rad's little brother who is smarter than him. Strong Rad trusts him with inventions.