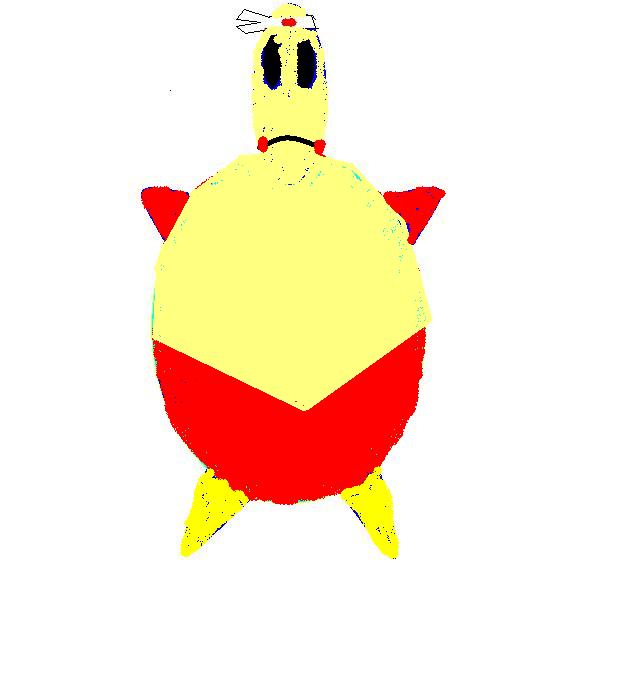 Waddle Dees are the most common enemies in the Kirby series. They have small stubby arms and small feet. Their faces are a light tan color, as are their feet, with their main bodies are a dark red. They also appear in other colors, such as yellow, orange, or gold. They generally attack by running into Kirby, but they can also wield parasols and spears. Parasol wielding Waddle Dees can be used as allies in Kirby Super Star, and one appears as a playable character in Kirby: Canvas Curse. Kirby 64: The Crystal Shards features one Waddle Dee forming an alliance with Kirby after being freed from the possession by Dark Matter.

In the original series, the name of "Ben 10" is never mentioned, as most of his allies, enemies and others call him by his real name. However, his hero's name is mentioned a few times in Alien Force, first in Ben 10 Returns, when the Highbreed leader state that "Ben 10 is back" learning about him having put the Omnitrix back on, then in Good Copy, Bad Copy, where he's called Ben 10 by a Forever Knight and later by Albedo. It seems that, in Alien Force, Ben has become quite famous in the alien underground, the fish-like alien Magister referring to him as "the legendary Ben Tennyson", and Mike Morningstar mentioning that he is a big fan of Ben's, and is surprised to see him after his five-year disappearance.

The Exact Same as Piplup

A Piplup owned by a beginner Pokémon coordinator, Dawn, has appeared in all of the 4th generation episodes, to date. Dawn befriended Piplup after saving it from a group of Wikipedia:Ariados, and chose it as her starter Pokémon. Piplup's next stages, "Prinplup" and "Empoleon" are even more proud, bringing up the words prince and emperor in parts of their names.