So, I'm sure that all of you are familiar with "The World's Greatest", right?

As of me writing this, there are currently 48 episodes that have currently been aired. But did you know that there was one particular episode that they refused to air entirely? 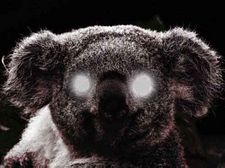 Finding details about the episode itself has proven to be quite difficult, as Strong Intelligent, the creator of the show refuses to talk about it. He simply claims that the episode is a myth and doesn't exist, and attempting to push him further just makes him angry to the point where he'll refuse to speak to you entirely. Why would anybody get so angry about something that doesn't even exist? That's what I wondered too when I heard about it.

I first learned about this episode at my university. Strong Intelligent was a special guest there and had been invited to give a two hour speech. About twenty minutes in, somebody in the audience asked about the episode, and Strong Intelligent responded by having the audience member removed by security without acknowledging his question. After this occurred, Strong Intelligent's demeanour changed. He refused to take any more questions, and he got more flustered as the speech went on. After another twenty or so minutes, the pressure became too much for him and he left the stage unexpectedly, cutting the speech short over an hour early. The episode's production number was S114, the title was Crash. The episode labelled S114, My Theme Naming, was made later and given Crash's production code to hide the latter's existence.

A month later, I managed to see Strong Intelligent again, but this time at a comic convention in Liverpool. I hung around the area for the entire day, keeping my eye out on him wherever I went. It was technically stalking, but the fact that I was probably no different than any ordinary fan gave me some comfort, even if it really shouldn't have. I couldn't help it, you see. I was just really intrigued about it. As the event was closing, I managed to catch him outside as he was leaving. He was actually quite friendly, especially considering how I basically stalked him. When I mentioned the lost episode however, the expression on his face changed, much like it did when I last saw him. When I asked him if he could tell me anything about it, he looked as if were going to be sick. He looked at me in contempt as he pulled something out of his pocket and handed it to me. It was a 512mb flash drive. He told me to keep absolutely quiet about the episode, and to never show it to anyone, "for the good of both of us". He walked away from me quickly, doing so in a way that was like jogging.

When I got home, I plugged the flash drive into my computer. As soon as I did that, my computer locked up entirely, like it had just been possessed or something. In some weird display, my computer started working on its own, as if it were on autopilot. One by one, all the applications and computer processes shut down, until there was nothing but a blank screen. Just as I was about to restart my computer by pressing the power button, something loaded up on my screen. To my utmost surprise, it happened to be the lost episode. I was both excited and nervous. After all, I was going to be one of the first people to watch this episode, wasn't I? But on the other hand, I was going to find out why it was pulled as well. So I sat back and watched it.

The episode started immediately, without any opening titles. Like any other episode, it featured Quint riding inside of his helicopter friend, Henry. At first, it was really nothing special. It was just a continuous loop of Quint and Henry flying through the sky as the scenery changed behind them. The music in the background was a strange choice as well. It happened to be an extremely low-quality piano recording of the song "Light my Fire" by the Doors. Why they picked this song when it had nothing to do with the video, I had no idea. This went on for three minutes before the episode suddenly cut to black.

Out of nowhere, an incredibly loud crashing noise bellowed from my speakers. Due to the unexpectedness, it made me jump from my seat. The loud noise was followed by several sounds. One was the sound of a woman crying, another was the sound of fire burning, and finally, it was the sound of a snake hissing. The noises got louder and louder, and as this happened, I noticed something peculiar about them. They also seemed to have sounded more and more realistic, like I was actually hearing it in real life.

After several minutes of this, the episode faded in again, only this time, showing a much grimmer scene. It was a still image of both Quint and Henry, but dead. Quint had been crushed by Henry, who had crashed, by the looks of it. Henry had broken into pieces, and had fire and smoke coming out of him. The fire and smoke happened to be the only animation in this scene, as Quint and Henry were basically still images. The animators took advantage of the lack of motion, and made sure that they looked as hyper-realistic as possible.

The scene stayed like this completely, showing little change. It was only after about three minutes where something happened. A boa constrictor snake, presumably the one that you could hear before, slithered on-screen. Slowly, it manoeuvred itself around Quint, crushing his body while doing so. It opened its mouth and began to consume him, taking several minutes to swallow. This sequence was absolutely quiet, with the exception of the sound of the snake eating Quint. After this happened, the snake smiled and licked its lips. It then slithered over Henry's body, getting closer and closer to the screen. It edged its head up and looked straight at me directly. I say this, as I could "feel" its eyes looking at me, even if it was just a video. It was incredibly awkward, as it felt as if they were piercing my very soul.

The snake opened its mouth and began to say what was the only line of dialogue that was in this episode.

As soon as it said that, the screen cut to the credits, which for some reason happened to be comprised of unknown names. This would be normal for a credits scene, as no one would expect to actually know everyone who worked on something, but here was the odd part. Next to each name was a birth date and a death date. The death dates were in order, with all the ones that followed each other looking more and more recent. And at the very end, I noticed my name on the credits, along with what was written next to it.