Userunknown gives you a tour of the SUN armoury! 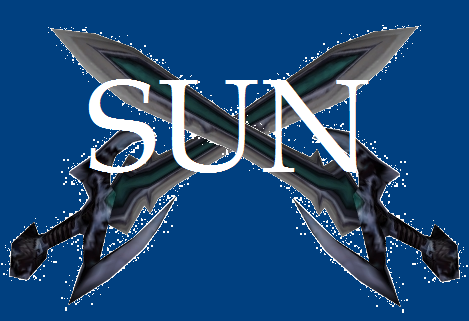 The SUN coat of arms dates back to the medievel period.The Green Helmet, Officer Superdude and Claymores ancestors had an alliance not to harm each others kingdoms.To show this alliance, they made this coat of arms. 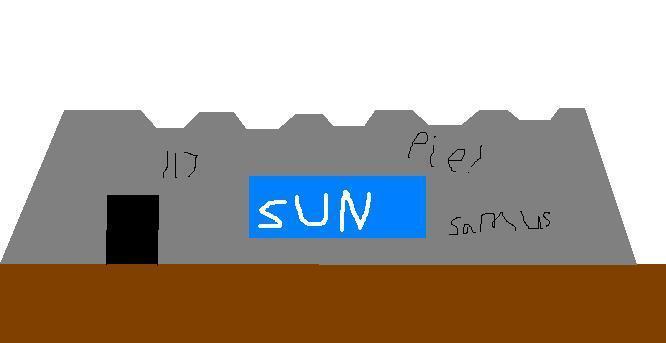 This is SUN HQ.The area where it was made used to have Sir Super of Dudes castle on it until an angry rival destroied it.When we built it, we made the center on the last relic of the old castle, Sir Super of Dudes tomb.We made a small building around the tomb and made plans that, if attacked, the last of the SUN peacekeepers at the base would fall back and hold the tomb until rescued.Over the years, people have put graffiti on the main walls.Most of it is just funny or weird, but some of it has meaning.Claymore said he wrote hints to who my parents are on the wall, but when I asked for a hint all he said was the words where in this picture.If you have any guesses, put them on the talk page. 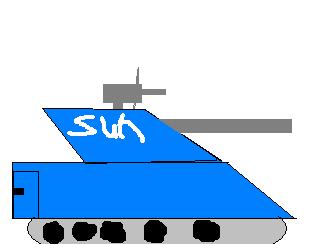 This is the SUN R1 Kevin heavy main battle tank.First produced in 2000, the Kevin has seen sevice in many important wars and has yet to be faced with a true challange to its title as the greatest main battle tank in history.The current model has a top speed of 999999 kilometers per hour, a 999 milimeter machine gun, the most powerful tank cannon ever seen and can carry a squad of troopers into battle. 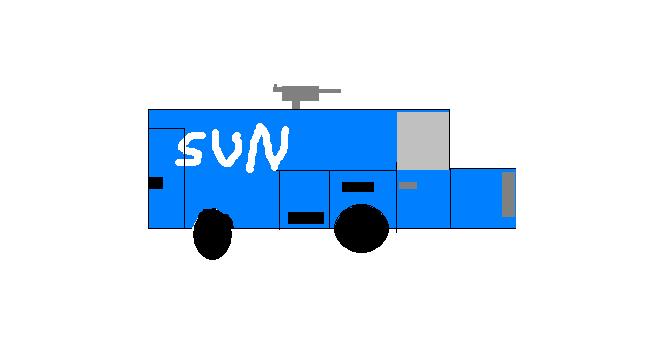 The SUN Landrover is one of fastest vehicles around with a top speed of 9999999 kilometers per hour.Not only can it carry a driver, gunner and full squad of troopers, it has enough fire power in its machine gun to send bullets all the way through a 8888 meter thick peice of dimond and the bullets will still have enough power to go on for kilometers.When the 1st airborne peace keepers were trapped in a small fort when trying to rescue prisoners of war, the Landrover was the vehicle that got through the enemy perimeter and rescued the airborne peacekeepers and prisoners of war